Gumboot Rally is all about the people and the driving

Click on the below images to see the gallery 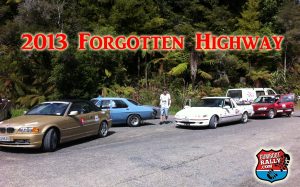 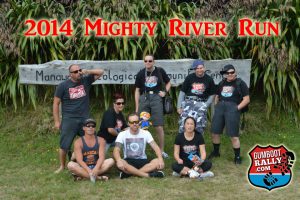 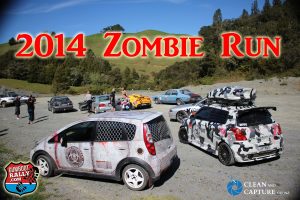 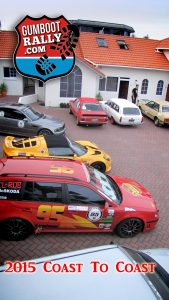 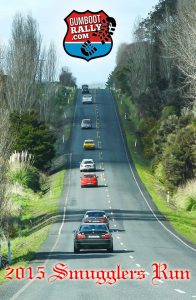 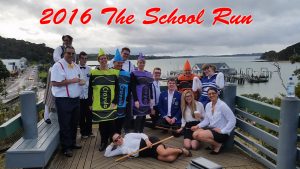 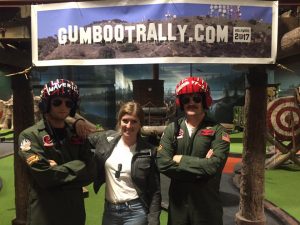 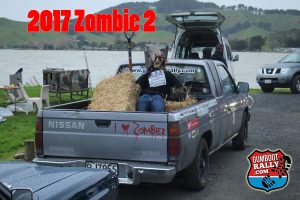 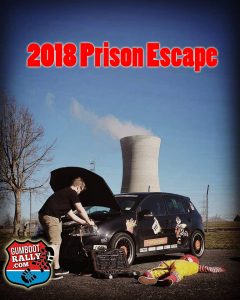 Here is a taste of Gumboot Rally from one of our competitors and actually the winner of the first event all those 1000’s of kilometres ago.

Is there a Zombie outbreak across NZ? No, the Gumboot Rally has come to town!

Much attention was raised over the weekend as a vast array of colourful cars rolled through towns and cities from the Waikato to Manawatu-Wanganui, competing in the bi-annual Gumboot Rally. We were lucky enough to join them for a weekend of driving and challenges across the North Island of New Zealand, and what an experience it was!

Coming from grass-roots NZ motorsport beginnings, its founders Andy, Gator and Mikey have all attended the large international car rallies – and came together five years ago with the common notion that the true focus of driving has been lost in these rallies.

Rather than simply let this feeling go, they opted to do something about it – and the Gumboot Rally was born. Covering over 1,000kms of the best driving roads in New Zealand, the Rally was formed with the purpose being first and foremost the thrill of the drive.

And thrilling is an understatement. From rolling hills to backcountry straightaways and winding farmland, the different assortment of the countryside was immense, and there truly was a little for every enthusiast in this, the third Rally. High levels of preparation and thought are put into the route by the trio – and they succeeded again in finding simply the best driving roads our country has to offer, and some of “NZ’s most amazing scenery” as described by Aaron Smythe in the red MX5. This was heightened by the secrecy – the mission pack detailing the challenges and route are not released to participants until the driver’s briefing on the day of the event. Much thought is put into making the Rally attractive to all – for areas of loose terrain such as gravel (still quite common on our NZ back country roads), the route is raised at the briefing and an alternative route is always provided.

The people certainly make this event – described simply by Duncan Bennett in the rapid Mk1 Golf “Good people, good times”. And he’s right. Enthusiasts from all walks of life, driving all types of vehicles and supporting all kinds of manufacturers are brought together for the sole purpose of driving. This is not a motorsport event, and a fast car is not required. Never in all my years as a car enthusiast have I seen such a diverse group of enthusiasts brought into a melting pot with such positive results. Friendships have been formed between young and old, die-hard V8 drivers and Japanese hatch fans. Between Subaru and Mitsubishi fans. Between Skyline drivers and anyone else. They all do the same drive, the same challenges – and all look forward to sharing stories together at the end of each day. Some of the more interesting vehicles in this year’s event included an Isuzu Piazza, a bright yellow Lotus Exige covered in fake blood, a full-size Ford Transit covered in Zombie Squad decals, a 400kw+ Nissan Cefiro and a hoard of various-generation Ford Escorts.

The event couldn’t go ahead without the support from its sponsors, and the Gumboot Rally have been very lucky in acquiring a number of long-standing sponsors over the course of three events. This year, SoundQ supplied a sound package to the overall winners Team Skyline. HFT NZ provided a car care kit to Free Love Man, the event runner-up and Simpson Automotive gave a Repco voucher to Team 11 voted the best theme for their Zombie Colt. Additional sponsors for this event included Platinum Wheels, with Nick bringing his WRX along for the run, Truck Collision Repairs and Marc’s Automotive Electrical.

The Gumboot Rally is not a race – we are driving on public roads and all road rules must be obeyed at all times. This was reinforced by the looming hulk of Andy both at the driver’s briefing and throughout the event to the group and any individuals that may choose to push the boundaries a little. I swear he has eyes in the back of his head. The safety of participants and road users is paramount in the philosophy of the Gumboot Rally – all the roads are driven and timed by the trio prior following all road rules and points are deducted if a participant arrives at a time earlier than perceived safe. Furthermore, participants are disqualified from the copious awards and prizes should they receive a speeding ticket.

And it’s working. Events such as the Gumboot Rally are important beyond their days and original purpose – as well as building the support base to this form of motorsport in New Zealand, they are spearheading a change in the opinion of car enthusiasts across the country. Not a day goes past where I don’t get asked all about the Rally from some decals on my daily driver – and the reaction is unanimously positive. The point here is that you don’t have to be a typical ‘car guy’ to have a great time at the Gumboot Rally.

Whilst everyone prepares their cars thoroughly, mechanical incidents do happen – it’s the nature of the beast. The trio is all mechanically minded, and with Andy’s poor Mk1 Escort filled to the brim with more tools than a workshop we have yet to strike an issue they couldn’t resolve during the event. At this year’s event, it was Andy who was unlucky enough to be struck with mechanical issues. Thankfully, he had a hoard of Escort-nuts to point out what he was doing wrong while fixing the issue.

Aside from the coveted prize of overall Gumboot Rally Champion, one of the more popular prizes has proven the Best Theme Award. From vinyl wraps to machine guns, Zombies to Bonnie & Clyde we’ve seen it all. The amount of effort the comparatively small number of participants have put in is impressive.

Day One officially started with the driver’s briefing at the Classics Museum in Hamilton. It’s an early start for most competitors, as many drives from outside Hamilton to the start location. Andy addresses the enthusiastic crowd atop the secret package to cover the rules and day plan, then we’re off!

The first of the challenges involves a photo in the main street of Cambridge, capturing as many cars as possible in the frame. This style of challenges proved difficult, given how quickly the pack spread across the countryside. Although these tough, Matt Cox in the SoundQ BMW e36 exclaims “…we wouldn’t have it any other way!”.

From Cambridge south, we headed off the main highway to the first of the back roads for which the Gumboot Rally has become known. 30km of uninterrupted winding perfection set the scene for what was to come over the next 2 days

We continued South to Ongarue, Te Kuiti – and a scheduled stop at a creepily abandoned train station. This was a perfect opportunity for some team theme photos before we reached Ongarue ghost town. A short (optional) gravel section wound us towards the Safe House for the night, the old Ohura Prison that has been converted to accommodation. As we trickled in and completed the last of the challenges in the township, each competitor was met with a small cell and a sharp wit by the proprietor, and we settled in for the night. Each Rally, the organisers choose an awkward, large or heavy object that each competitor needs to purchase and carry throughout the event. This just adds to the humour and flavour of the run, and has turned into a bit of a tradition. This event, we were required to pick up a pumpkin, with no further explanation. Through the course of the Rally, we would lug this awkward item around, carve it and eventually shoot it with a high-powered rifle.

Day Two broke with a thick fog over Ohura, adding a creepy vibe to the already desolate township. This gave competitors the option to take some great theme photographs before we headed out for the day of challenges.

The first part of the drive took us to Stratford, South along the Forgotten Highway. This was a throwback to the very first Gumboot Rally, which covered the same route North-bound. Day Two would see us meeting the residents of Whangamomona (and learning about when Billy the Goat was President of the Republic), and a number of interesting teams and group photo opportunities across the winding landscape. The run over Mt Messenger was a definite highlight, in which I counted seventeen on-camber corners in a row heading up the northern side alone. Back towards Te Kuiti, and with the final checkpoint in sight, it was time to reflect on the past two days’ activities.

We had covered over 1,000kms of winding countryside across the North Island, completed 34 individual challenges, made a ton of new friends and shot a pumpkin. Surmised by Elliot Frame in the stunning bronze Mk1 Escort “All the weeks of hard work prep work, skinned knuckles and empty wallets paid off “. All in all, I can’t think of a better way to spend a weekend. 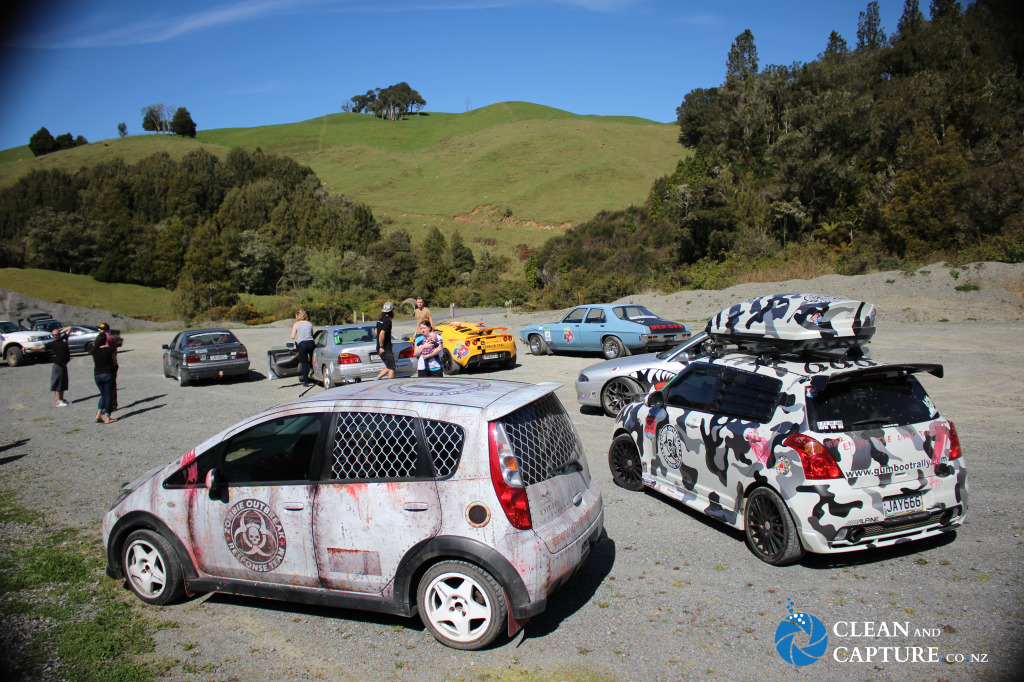